It’s a few weeks ago now that we went along to an open afternoon at the workshop of John Mcshea. A fascinating and inspiring afternoon as even though I have known John and his work for a good few years I had never seen it in situ, in progress.
The thing I keep coming back to is the new launch that is beginning to take shape in the workshop and how it seems to resonate with much in the world of textiles and clothing. It’s not something I have ever thought in relation to wood before and I have remained puzzled about why this project in particular should have this affect. 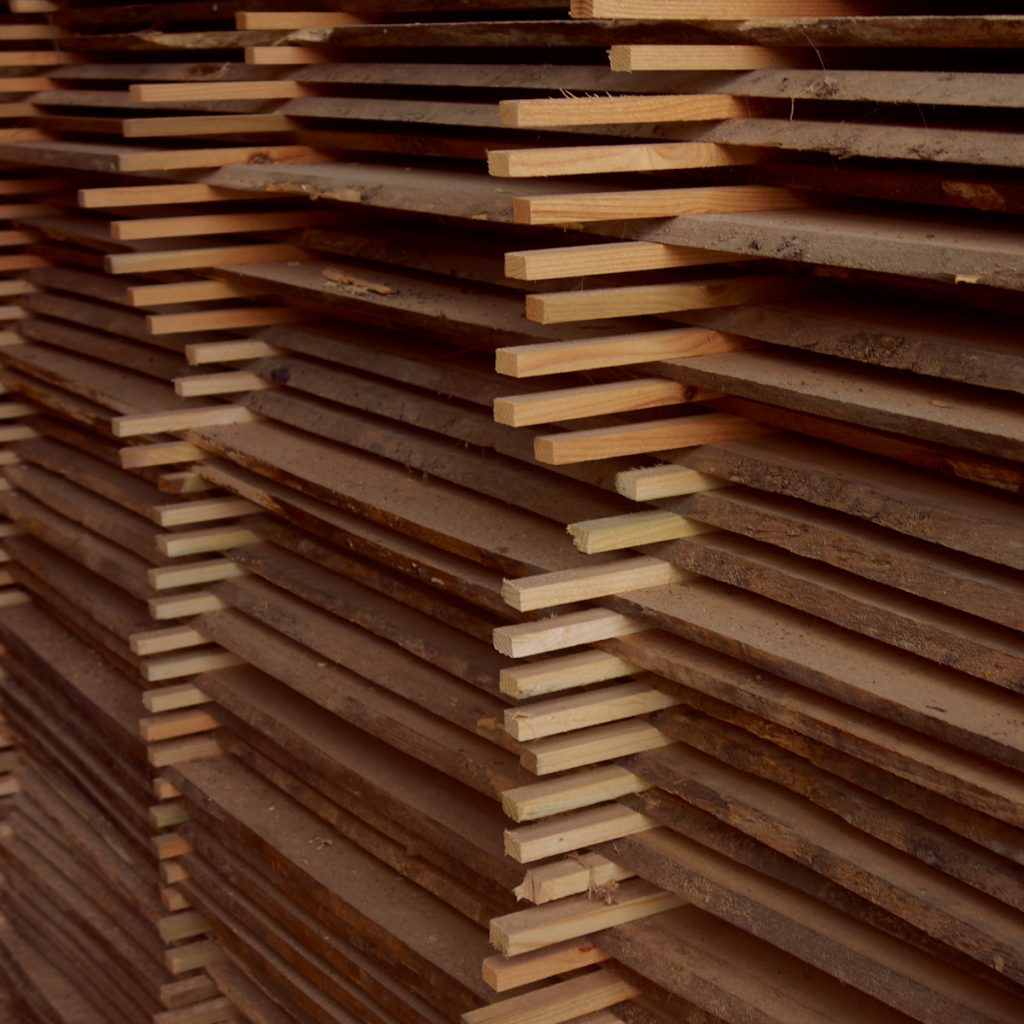 It’s not a woven boat, they exist in the form of coracles which I think of as more akin to basket weaving (nothing wrong with that!) and in addition have a separate outer skin. What it is though is a structure where a good number of parallel elements (sweet chestnut planks in this instance) are held in a structure whose shape is largely defined by the way the elements themselves behave and when it is finished, although those elements will still be clearly visible they will also, in conjunction with each other, have become something else entirely new. Is it this bit that brings it so close to a woven fabric in my mind?
The second thing was the way the pattern (to me it was a pattern, to a boat builder it is lofting – the way the shapes and curves are arrived at) looked so much like the way a tailor or dressmaker would go about drafting a pattern. The mix of curved and straight lines that will somehow join in perfect seams, the dimensions and placement of one dictating the properties of the next but all the while moderated by the eye of the craftsman asking does it look right? 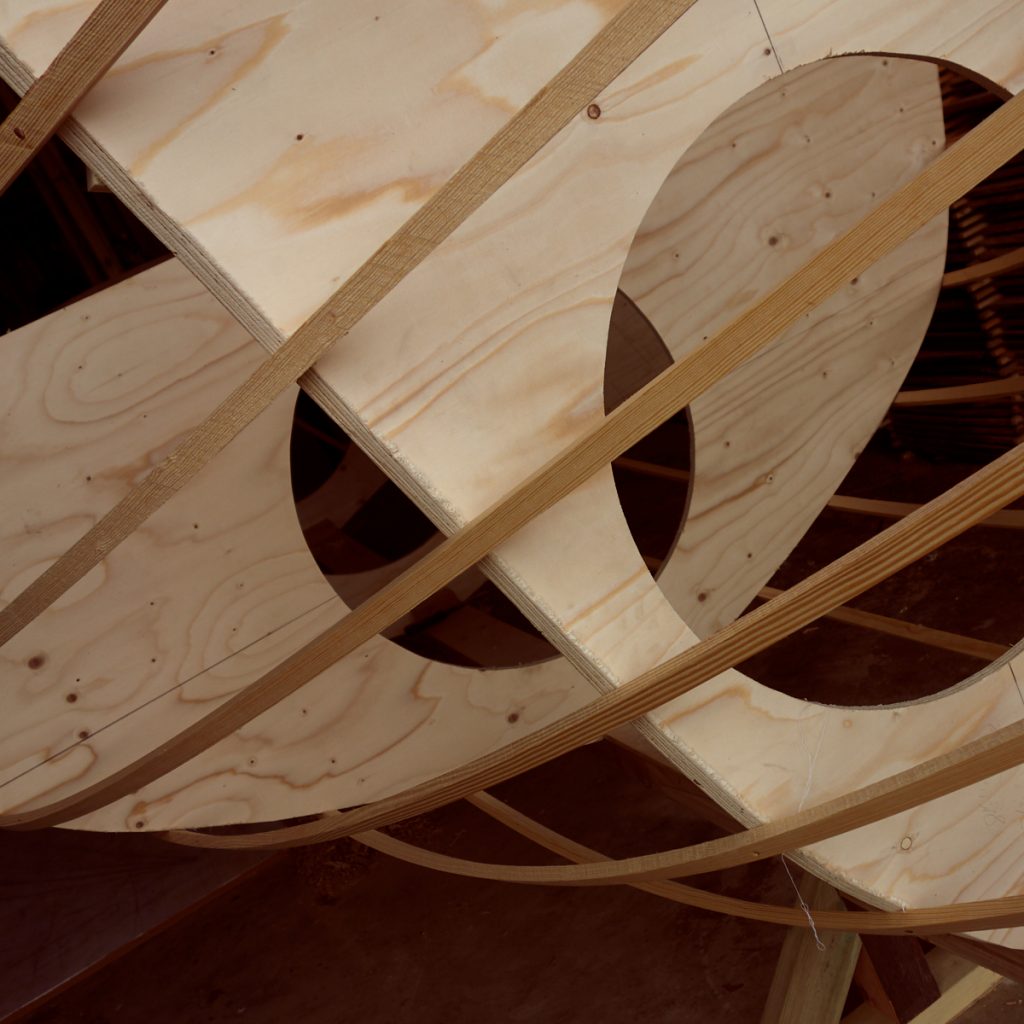 And when it is all finished, when the temporary structure has been removed and it stays in one piece as a vessel* in its own right, as when a newly tailored coat has had all its tacking stitches removed and is freshly pressed and ready to be worn, does anyone give a thought to all the hundreds of individual actions of the human hand and eye that brought about such an harmonious shape?
(Yes they do.)
The lasting thought was that from where I stand John appears to occupy a mid-point between weaving and tailoring; the place where two dimensions become three; where the fabric and the object are conceived in the same thought.
Which sort of brings things back to what a *vessel is. In nautical terms John’s launch is not technically big enough to be a ‘vessel’. But if we are thinking more in terms of containment, of enclosure and protection then a boat and a coat are not that functionally dissimilar after all are they?