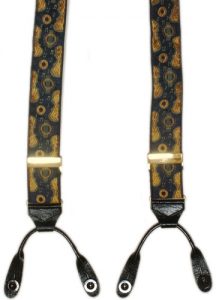 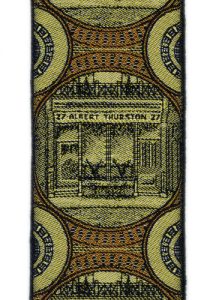 Albert Thurston have been in the braces business since 1820 when premises were established in Panton St (off Haymarket) in London.

Coincidentally, the first Jacquard loom was demonstrated in 1801. Though invented by Joseph Marie Jacquard, it built on weaving developments made throughout the previous century by Basile Bouchon, Jean Baptiste Falcon and Jacques Vaucanson.

The principles of operation of the Jacquard loom are credited with paving the way for the development of modern computing and Charles Babbage was aware of their use of a ‘stored program’. At around this time (circa. 1810) Charles Babbage was at school in Totnes which is some 10 miles away from us in our current premises in Dartmouth. 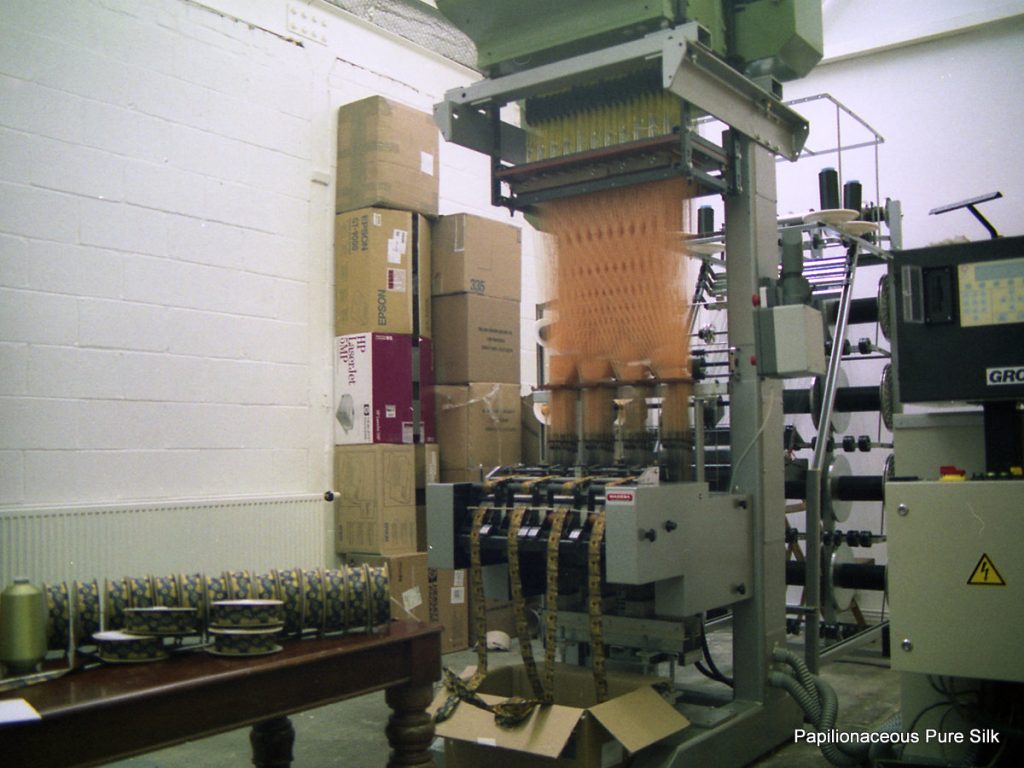 Since the ‘Music’ design seen here over seventy further designs have been produced, many of which can be seen in our Albert Thurston Gallery. More on silk braces is on the Silk Braces with Jacquard Facings page.

Albert Thurston Limited Editions are available from Papilionaceous via: amazon.co.uk

The first reels of ribbon are seen here in our original workshop in Highbury, North London awaiting shipment to Albert Thurston in Leicester. 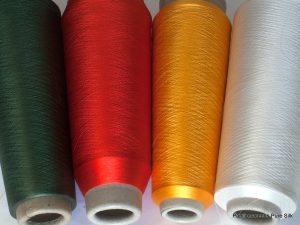 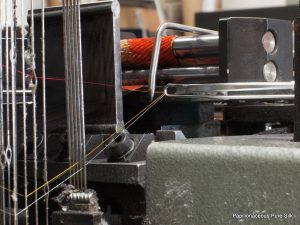 All of the ribbons are woven from four colours of fine silk yarn. These colours mix optically in the weaving to give all the other shades that we see.
Shown here is the weft selection needle. The four weft silk colours are arriving from left. Each passes through a heddle and one is raised by the jacquard mechanism. That thread is then picked up by the weft needle (centre) and inserted into the ribbon creating the next row of the design. 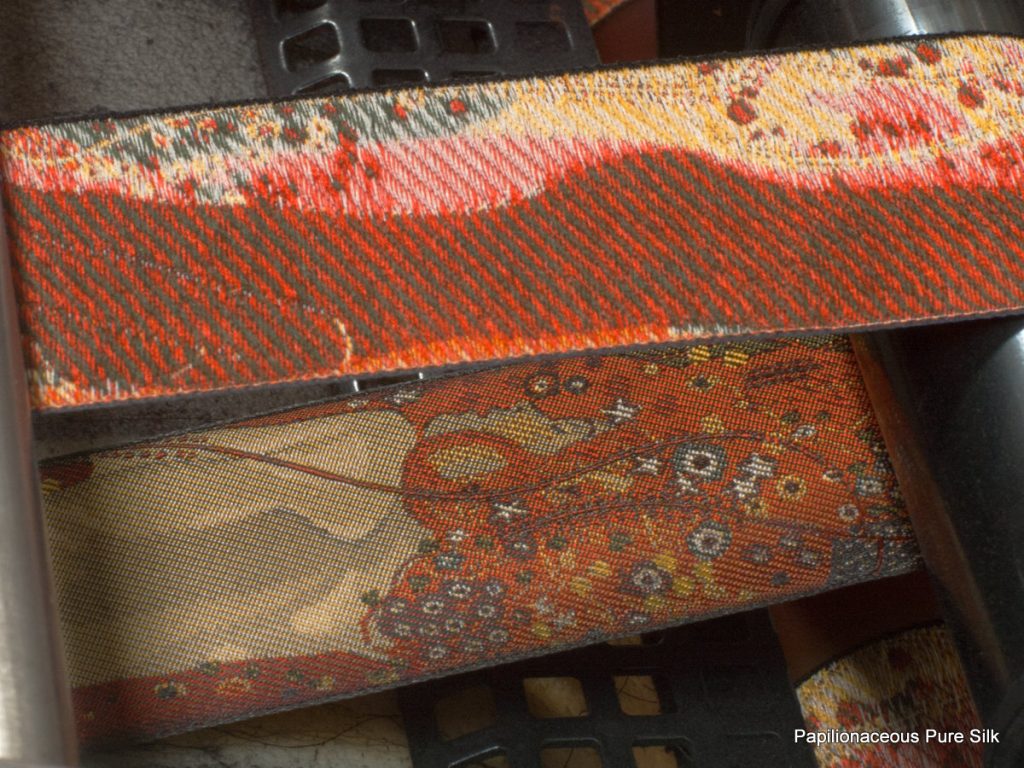 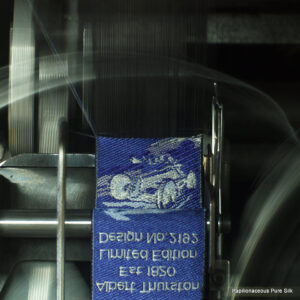 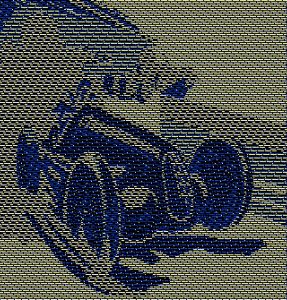 We use a 40 denier grade of silk, approximately 0.03mm in diameter. The braces are woven on a jacquard loom, giving an exceptional level of control. There are 28,000 points per square inch of ribbon and the jacquard mechanism controls exactly what the yarn is doing and which colour gets used where. The design number is woven into the silk as part of the design – meaning that this element only appears once every 86 cms. 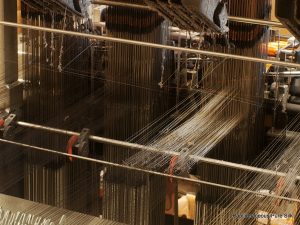 knotting in a new warp

There are 344 warp threads (the lengthways threads) in a single ribbon. Rather than re-thread the loom each time these run out (appr. 1.5 km of weaving) the new threads are knotted in. 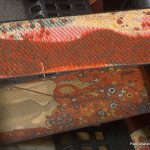 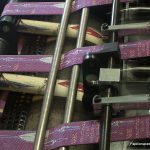 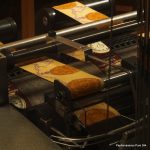 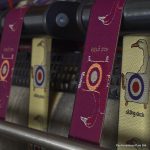 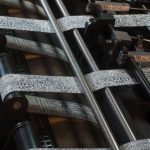 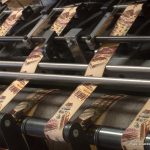 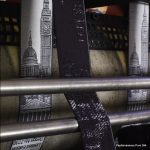 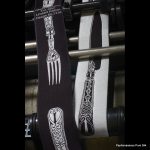 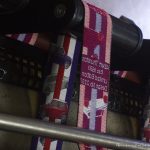 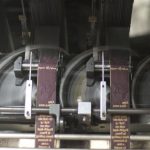 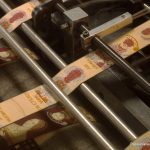 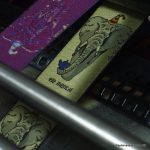 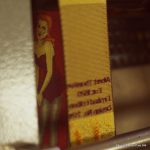 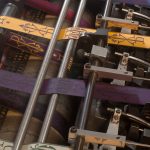 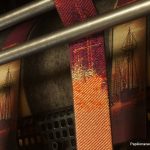 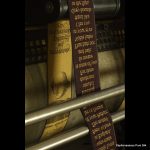 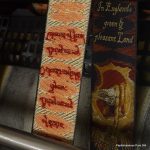 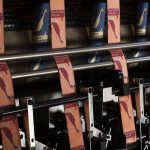 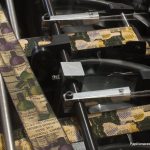 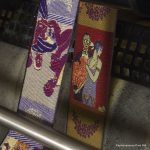 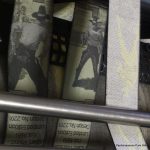